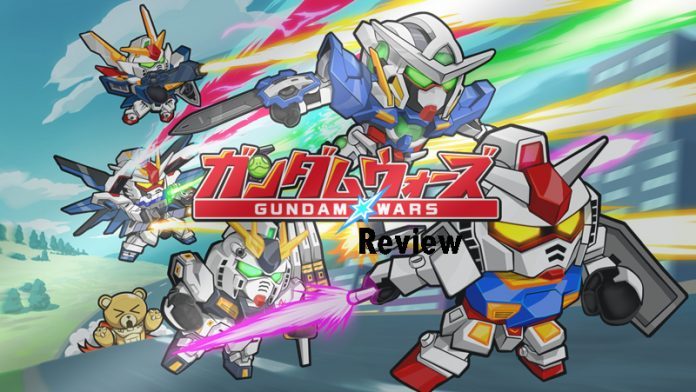 It is been a long time since the first Gundam game released on the smartphone device. After that, we never heard any news about the newest game. Now, in 2017, Bandai Namco and Line corporation unite together to make the new game for this franchise. So, it is a good game to play? Find out the answer on the Gundam Wars Review below.

This game uses an automatic turn-based battle system. So, your Gundam will attack automatically and you as the player will command them to use the special skill. Also, all the Gundam appear in Chibi form. So, do not get your hope high about the mecha model. As for the gameplay, there is no surprise element at all. This is your typical smartphone game. The only difference this one use Gundam franchise to sell the game.

We really like the story mode because you will explore the story of Gundam universe. From the first series until Iron-Blooded Orphans. You will find many lovable characters once more. Save all the universe with your own Gundam power. As for the storyline, you will not get bored easily because it follows directly from the original anime with a little bit change.

We give 7.5 as for the score. Actually, this is not the best Gundam game on the mobile. But, it is quite enjoyable in its own way. If you are fans of Gundam, try this game. We are sure you will like it very much. The graphics are really cute along with the chibi Gundam. Like always this one still uses the currency system, be ready to spend a lot of money to get the units which you want.