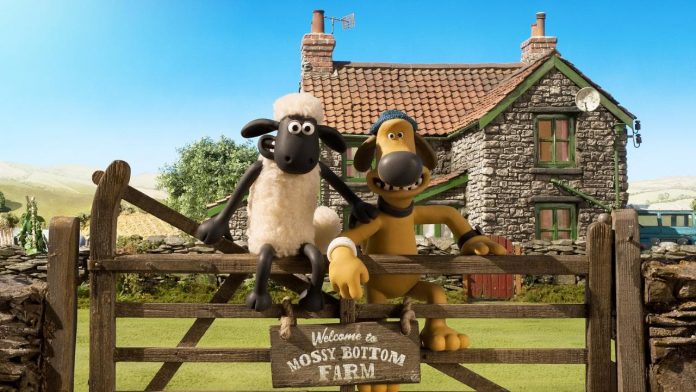 Are you a fan of the Shaun the Sheep film or movie? I’m the one who loves to watch it because the stories are really interesting and fun. And I’m sure that all of you also like to watch this film. But, do you know that there are some interesting facts about Shaun the Sheep? For that reason, I will tell you the facts of this film that you may never hear or know before.

The Interesting Facts about Shaun the Sheep

I will begin the Shaun the Sheep facts by giving you the information about Shaun’s first appearance. Actually, Shaun appeared for the first time in the 1995 short film entitled Wallace and Gromit: A Close Shave. Then, he became so popular and got his own TV series in 2007 as well as being broadcasted in 180 different countries.

It is not a Cartoon

Some people may think that Shaun the Sheep is an ordinary animation film. But in fact, it is absolutely not. Actually, this film was made by using the clay and the fleece. The fleece then glued to the clay that has been crafted to make the characters.

17 cm is the real size of Shaun

In the film, we may see that Shaun is quite tall and there is just one of him. But actually, he is just 17 cm tall and 21 of his puppets are crafted just for the movie. And amazingly, it takes more than 10 days to make just one of Shaun puppet.

4 Years is the Times Needed to Make the Movie

Have you watched the movie of Shaun the Sheep? If you ever watched it, you must be shocked if you know the following Shaun the Sheep movie facts. Do you know that it was made for 4 years starting from the idea until the final? Yes, it is. It such a very long time to make just one movie, right? And 116 sheep were created and it took around 45 minutes to re-fleece one sheep. That’s why I think that we cannot say the bad things about this film and movie because of the patient that needed to make it.

One Single Day for Two Seconds

The animators need one single day in order to make just two seconds of the film. It is because the making of Shaun the Sheep is using the stop-motion animation. So, the animators will film each movement individually and they have to change the move by themselves. That’s why it takes so much time just to make one single scene.

How much Wool Would It Take to Make a Flock?

I’m sure that you will be shocked if you hear that it needs around 80 meters of fleece to make Shaun’s flock. Yeah, the animators really used 80 meters fleece to make it. Can you see how hard to make this film?

PVA Glue is Used to Avoid Boiling on the Set

Since the characters in this film were made from the clay so there will be an extra care to make sure that they are not boiled because of the lighting on the set. That’s why diluted PVA glue was sprayed to avoid any boiling on the set.

So now, you already know about the interesting facts about Shaun the Sheep, right? What do you think about this amazing film after you read the facts about it? It needs a lot of hard work and patient to make this film. So, we have to respect and give a credit to the people who work behind the making of this Shaun the Sheep film.