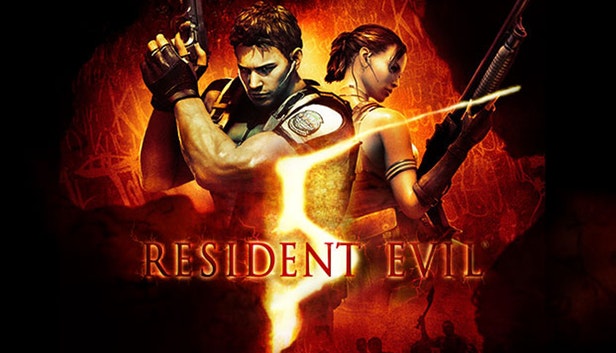 Hello guys, welcome to my website. Today, I have an interesting topic about the Resident Evil 5 zombies which are not easy to be killed. Here, I will explain a little about those zombies and give you the tips to beat them as the bonus.

One of the zombies in Resident Evil 5 in a human form which head covered with an old and dirty cloth bag and carrying a horrible chainsaw. He is just one of some Majini zombie type that appears in this game. And I can say that he also one of the most powerful Majini. It is because of his ability to resist a lot of damage from our weapon. So, they are really strong and hard to be killed even though you have used your best weaponry. You have to be careful with this one because they can kill you in instant by using their chainsaw if you are too close to them. 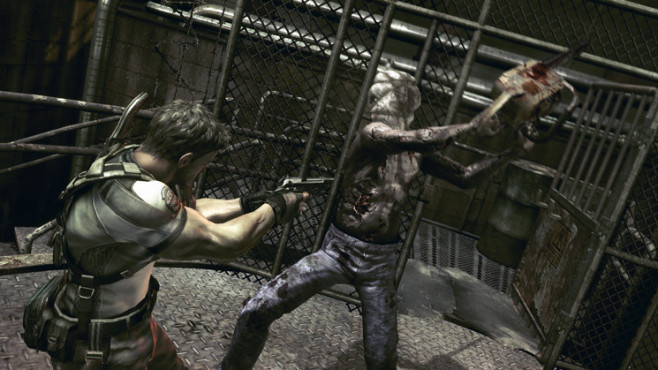 The Way to Beat Them: I think Chainsaw Majini has no weak point because wherever you shot them, it is still hard to make them die. But, you can use the weapon which can inflict a massive damage like the shotgun, sniper rifle, and magnum although I don’t recommend you use the sniper. Using the sniper to kill Chainsaw Majini is really difficult because they are an active zombie who always walking around in speed. But, the shotgun and magnum are the best solutions that you can apply.

Another strong Majini zombie type that appears in this game. This one has a very tall body, wearing a large mask, and bringing a giant spiked hammer. He won’t make you die in second after you get hit by their spiked hammer. But, it can inflict you a very big damage. Giant Majini is quite similar to Chainsaw Majini because he can resist a lot of damage. So, he also won’t die that easily. And his mask is not just as a decoration, but it can protect them from being shot. For me, they are one of the strongest Resident Evil 5 zombies. 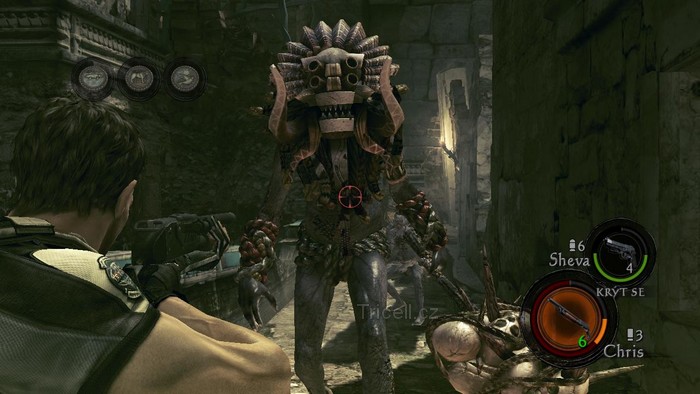 The Way to Beat Them: As I said that their mask is like a shield so you cannot shot their head. But, you can shot their body with some strong weapon like the shotgun, sniper rifle, and magnum. It is similar to Chainsaw Majini where the best weapon you can use is the shotgun and magnum. So, you have to keep your shotgun and magnum ammo before you face them. And one thing that makes this one more horrible because sometimes they can run to you.

Duvalia is also a Majini who has an ugly form. It has a shell on his back which can shut to cover their body from damage. It also has a tail on his back. But, this one is not as hard as the two Majini zombie type above because it will die after a few shot although it will take some time to kill them because they often shut their shell. And one thing you should pay attention to is your distance with them. If you get too close they can make you die in one shot. They will catch and stab you and give you an instant death. Their shell is not only used as a protection but also a deadly weapon. 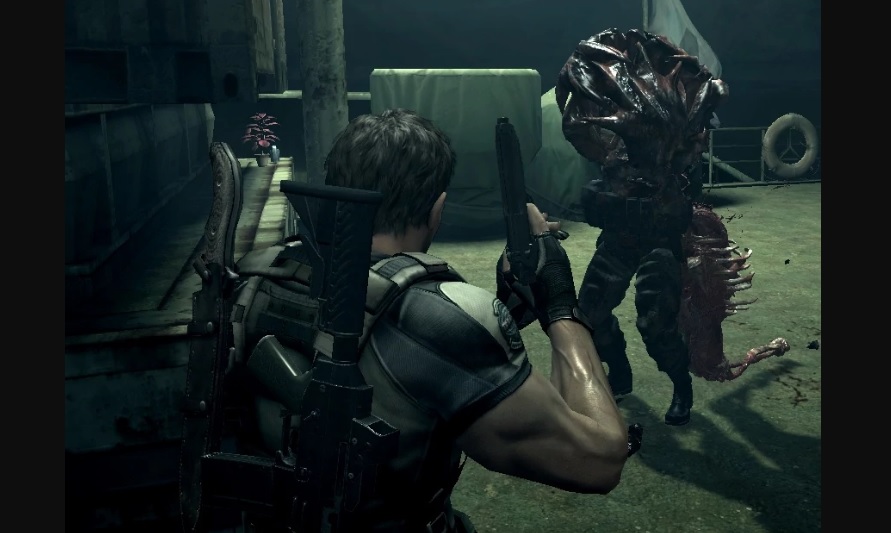 The Way to Beat Them: Duvalia is not too hard to be killed because they will die after receiving some shot from a shotgun or machine gun. But, don’t shot them when they cover their body with their shell because it is useless. You can shot their legs when you meet a situation like that. And when they open up the shell, it is your chance to give them a lesson. Aim the center of their body because it is their weakest spot.

Resident Evil 5 Licker is called Licker Beta. They are the new version of the standard Licker which cannot see anything but has a stunning and sensitive sense to hear and smell. A sharp claw and long tongue are their main weapons to attack their opponent. They can also crawl on the walls and ceilings. Licker Beta always comes with some of their friends. So, when you meet them, they will always in a group. And when they hear a loud sound, they will come over you. This one also quite hard to be killed. It will take some shots before you can make them really dead. So, you have to be a little bit careful with them. 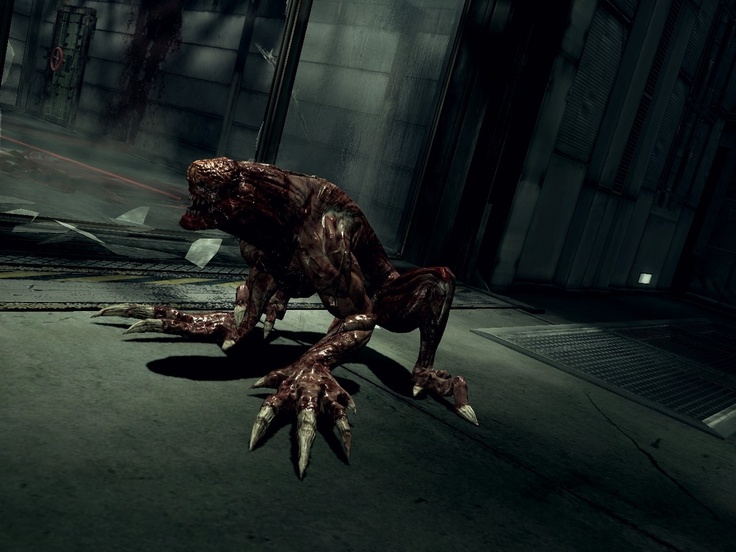 The Way to Beat Them: This zombie type can be killed by using everything you’ve got. But, it is a little bit difficult to get rid of them because they appear in a large number. So, it will be better if you have the weapon like the shotgun on your side. Luckily, it has a weakness which located at the center of its chest. Shot on that part and they will die more easily.

This is the most frightening zombie that I ever face in Resident Evil 5. Reaper is a giant cockroach which has two legs and four arms. They can crawl in speed and uses their arms which look alike scythe to attack. They have an instant death attack by using their two upper arms to hold the opponent and two below to stab them till death. This one is really hard to kill and it will take a long time just to kill one. You only can kill it when it shows its weak point. If it doesn’t, you won’t inflict any damage to it. But, you can destroy their arms by using any weapon. I can say they are one of the hardest zombies in Resident Evil 5 to kill. 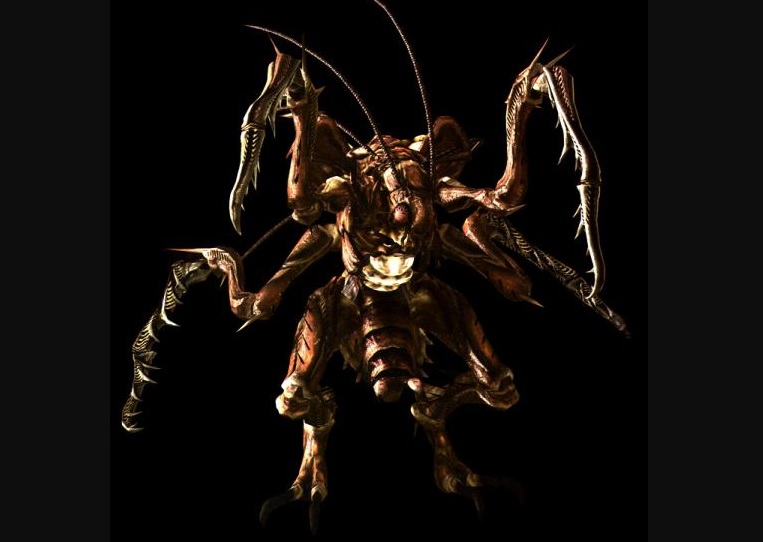 The Way to Beat Them: You only have two ways to kill it. It is when they show their weak spot and shot them with the shotgun, sniper rifle, or magnum. Or you can use the rocket launcher to kill them instantly. But, using the rocket launcher is not the best way because it will take a lot of your inventory slot and it only have one ammo. The best way for me is, shot them by using the handgun first and wait until they show their weakness. You will see the white color on its back and abdominal sac. Try to shot it with the weapons I have mentioned above and they surely will die.

They are all the hardest Resident Evil 5 zombies to be killed based on my experience after playing this thrilling game. So, when you meet them while playing this game, you can follow my suggestion if you want to stay alive.